Spain is divided into 17 regions that, in their own way, encapsulate the rich diversity of the nation and its people. If the focus were to be on one region that brought all that diversity together in a universal microcosm of Spain, it would be Andalusia.

Stretching from the modern Mediterranean coast to the rustic interior, with Spain’s largest regional population, Andalusia is a melting pot of locally born residents living alongside a vast array of Spaniards from other regions, as well as millions of national tourists who regularly spend their summers and other holidays in southern Spain.

They are widely dispersed throughout the provinces of Andalusia, each with its own cultural identity and lifestyle. Eight provinces in total, and eight reasons why Spanish and international tourists place Andalusia at or near the top of their must-see destinations.

One of the three landlocked Andalusian provinces (with Cordoba and Jaen), Seville is best known internationally for its capital and a history that spans several different civilizations. The cathedral’s bell tower, the Giralda, was once the tallest tower in the world (at 97.5 metres), and work on its oldest (Muslim) part began in 1184 under the orders of Abu Yaqub Yusuf.

Endowed with a cultural legacy as impressive as Seville, as well as the added attraction of being on the coast, the province of Malaga is more popularly known as the Costa del Sol. Along 150 kilometres of Mediterranean coast, the Costa is one of the main tourist centres in Europe, and is a favourite with everyone from families wishing to spend a week of fun on the beach to groups of golfers keen to test their skills on numerous world-class championship courses.

For a slightly more sophisticated enrichment of the soul, the capital of Malaga is known for its many first-class cultural attractions. The Picasso Museum was created in honour of the Malaga artist who gave it its name, and other important galleries include the Centre for Contemporary Art, the Pompidou Centre, the Russian Museum of the St Petersburg Collection and the Carmen Thyssen Museum. Another famous local son, Antonio Banderas, has just inaugurated his dream project, the Soho Theatre.

In addition, the city is dotted with dozens of other museums, art galleries and smaller cultural establishments, and is in the process of redeveloping the port area, a key stop on the Mediterranean for cruise ships and their passengers. 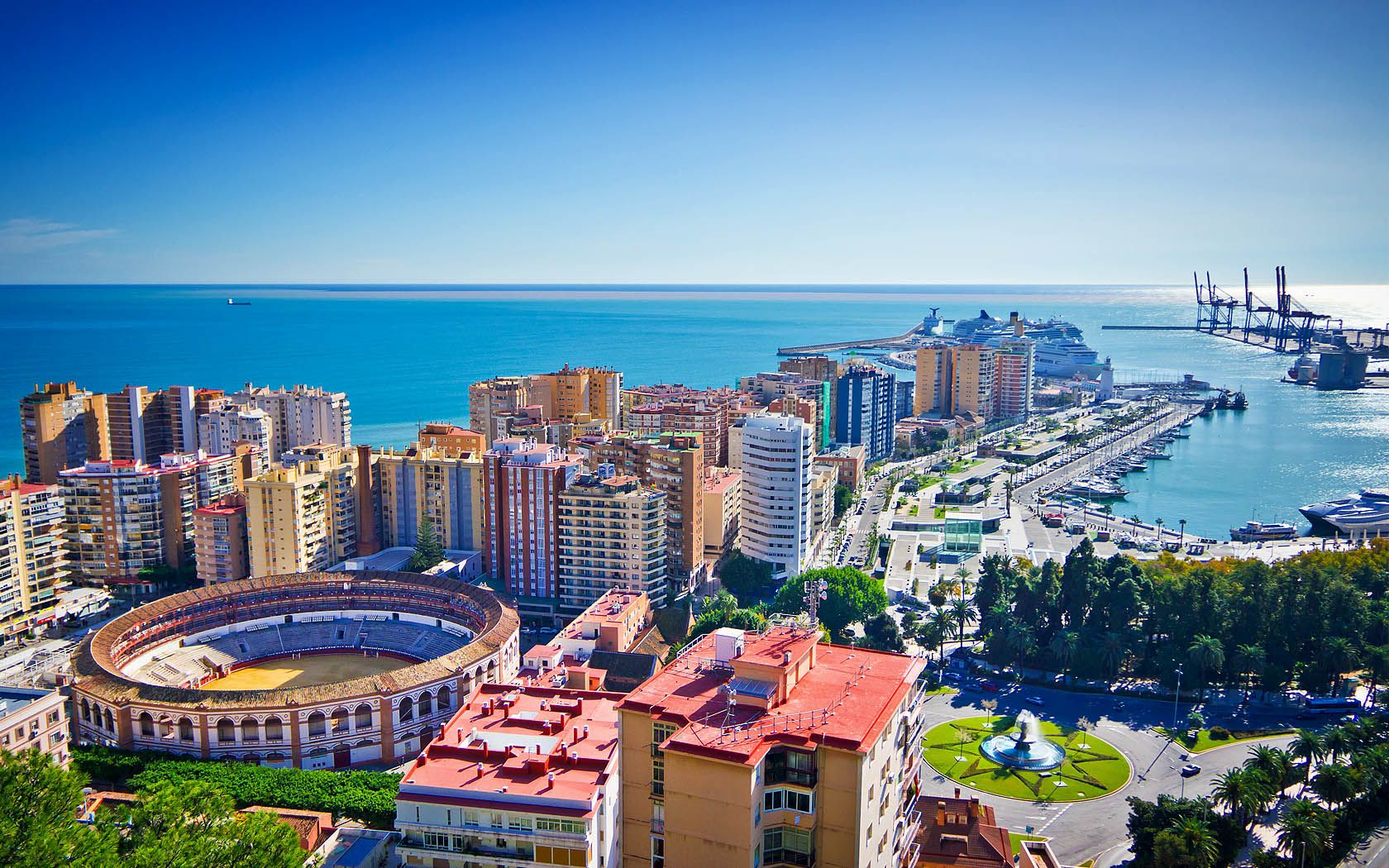 Mention Granada and most people will immediately visualize the Alhambra. In fact, when the then First Lady of the United States, Michelle Obama, and her youngest daughter Sasha, traveled to Spain for the 2010 summer vacation, they limited their visit to a five-star hotel complex in Marbella and a day trip to the Alhambra (plus lunch in Mallorca with the Spanish royal family on the way back to Washington).

The palace was originally built as a small fortress in 889 AD on the remains of Roman fortifications. Its ruins were rebuilt in the mid-13th century by the first ruler of the Nasrid dynasty of the Emirate of Granada. The Sultan of Granada turned it into a royal palace in the following century, and in 1492 the site became the Royal Court of King Ferdinand and Queen Isabella of Spain.

During the winter, Granada is popular for sporting rather than cultural reasons. Sierra Nevada, a few kilometres from the city, is one of the most southern ski resorts in Europe, with the highest peak in mainland Spain (Mulhacén – 3,479 metres above sea level). Over the years, it has hosted several international ski and snowboard competitions. 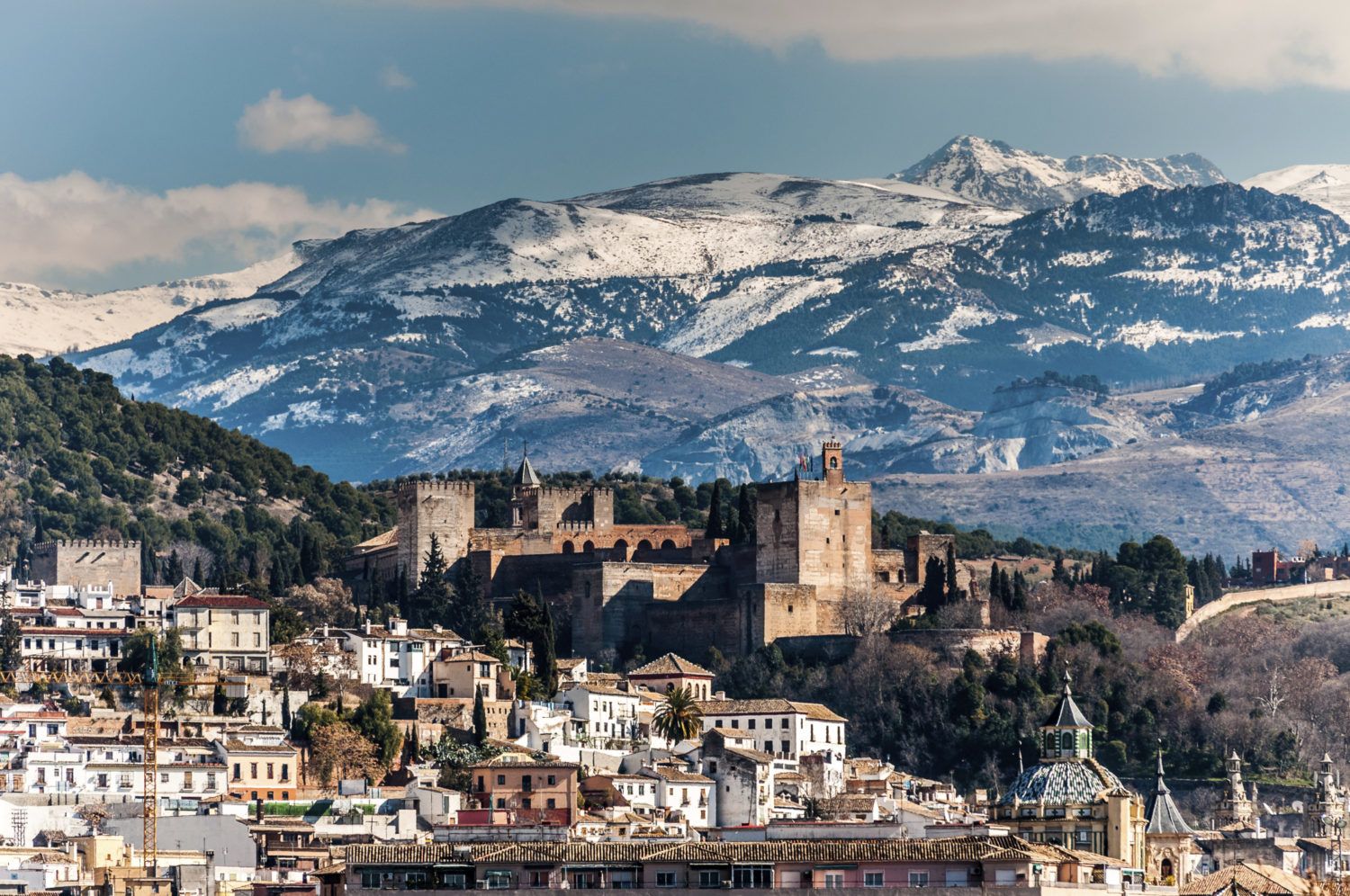 As one of the oldest inhabited cities in Eastern Europe, founded by the Phoenicians, Cadiz has a wealth of impressive historical landmarks, as well as parks with flourishing exotic plants – including giant trees reportedly brought to Spain from the New World by Christopher Columbus. During the “Age of Exploration”, Columbus used Cadiz as a port of departure for his second and fourth voyages.

The capital of Cádiz is not really the largest city in the province, by population; that honour goes to Jerez de la Frontera (some 100,000 people more), the birthplace of sherry, dancing horses, flamenco and car racing.

Far from these two urban centres, the coast of Cadiz, the Costa de la Luz, has some of the most attractive beaches in Spain, as far as Tarifa, a surfing paradise known as the wind capital of Europe, on the Atlantic side of the Strait of Gibraltar.

Known during its Muslim period as a leading world centre of education and learning, Cordoba was previously a Roman settlement and was overtaken by the Visigoths before the Muslim conquests in the 8th century. It later became an imperial city ruled by the Caliphate of Cordoba, and was later reconquered by the Catholics in the 13th century.

The most notable architecture in Cordoba today is The Mosque, a mosque that is now a cathedral and was declared a World Heritage Site by UNESCO in 1984; the medieval castle of the Alcazar and a Roman bridge built in the early 1st century BC over the Guadalquivir River.

But we cannot leave the province behind. In it, especially in the south east, there is a large community of foreign residents, due to the good climate and quality of life. We are talking about the Subbética, with cities like Lucena, Priego de Córdoba, Iznájar, Rute or Zuheros, among the best known. 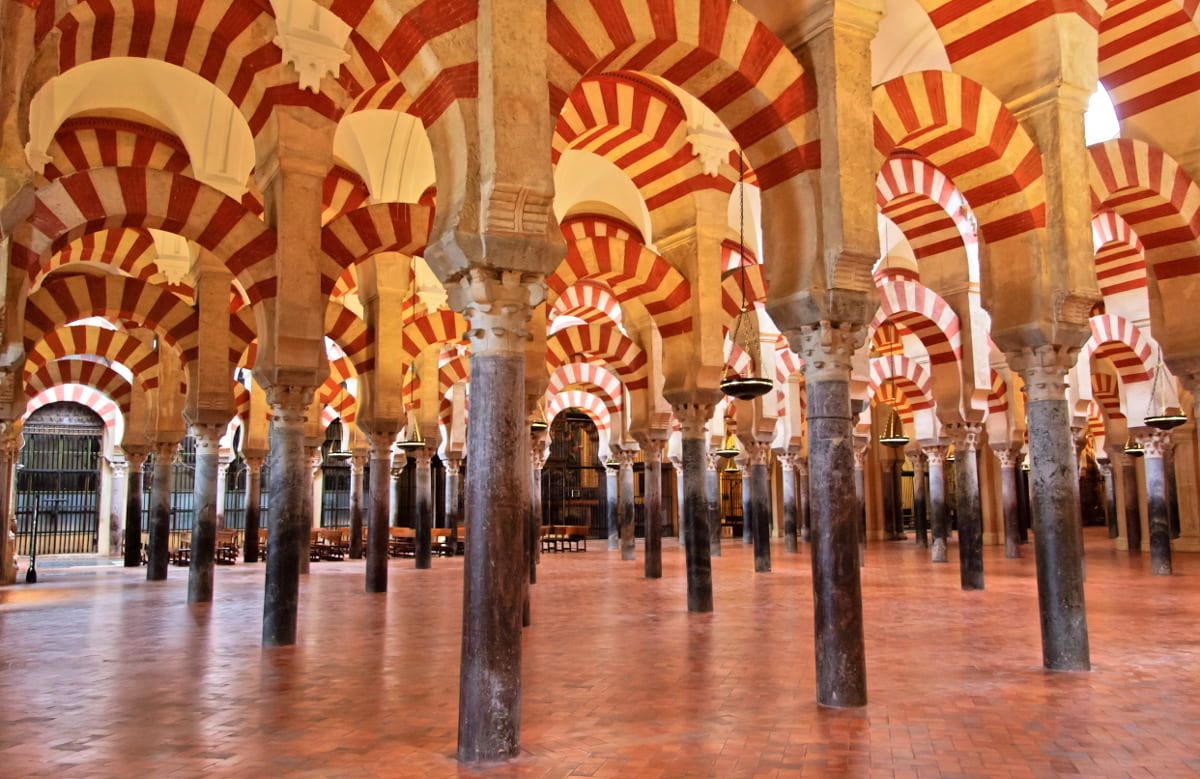 The arid landscape that prevails in the interior of Almeria made it a popular film set for producers of “spaghetti westerns” in the 1960s, and many places in the Tabernas desert have remained as tourist attractions. The province was also chosen by David Lean to film Lawrence of Arabia (1962) and by John Milius for The Wind and the Lion (1975).

On the coast, the Natural Park of volcanic origin of Cabo de Gata-Níjar is considered the most important marine and terrestrial area from the ecological point of view of the European western Mediterranean.

Located just across the river, in the southeast corner of the Algarve, Huelva is known for the Doñana National Park. (Or for its delicious Jabugo ham, if you are a diner).

One of the most important protected nature reserves in Europe, Doñana is a must for nature lovers. The park is covered with swamps, shallow streams and sand dunes, and is home to a variety of ecosystems. It provides refuge for thousands of birds, other wildlife such as deer, wild boar, badgers and mongooses, and endangered species such as the Spanish Imperial Eagle and the lynx.

Finally Jáen, one of the two smallest provinces in Andalusia (with Huelva) in terms of population but of epic proportions in the world market for olive oil.

As the self-proclaimed (with ample justification) “world capital of olive oil”, the province of Jaen produces more than all of Italy, the second largest producer after Spain. In total, more than 550,000 hectares of olive groves, more than 60 million trees and 20% of the world’s olive oil production .

Several producers offer organized tours and tastings, many located near the World Heritage cities of Baeza and Úbeda, which have some of the best preserved examples of Italian Renaissance architecture in Spain.